Fly Fishing from a Kayak-

A Perfect Match for Catching Fish

Two of my favorite things in the fishing world are fly fishing and kayak fishing. And while using a kayak as a fly-fishing craft is not the traditional way things are done, the truth is that when done properly, fly fishing from a kayak is a supremely efficient and fun way to catch fish. I have caught fish from my kayaks on fly gear which range from big, slab crappie and bluegills in smaller waters to bass and pickerel on larger freshwater lakes to mackerel, redfish, and other hard-pullers in the big, salt water of the Gulf of Mexico.

Kayaks give fly anglers mobility and the means to reach fish that would otherwise be far out of casting range and reach. 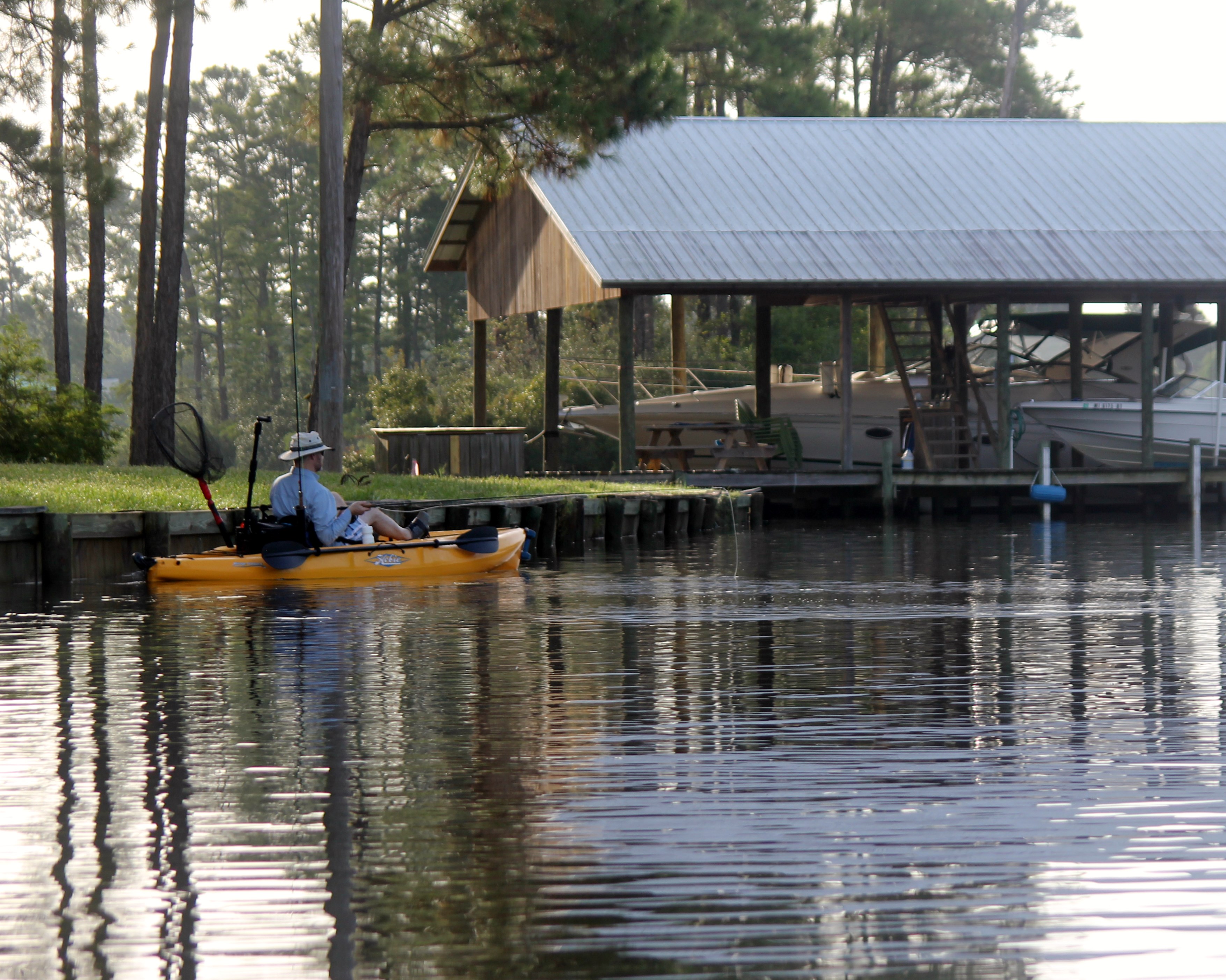 What Kind of Kayak?

There are many brands and models of kayaks available for anglers and no single kayak will be perfect for all anglers and all anglers’ needs. However, the two major divisions of kayaks are called “sit in” kayaks and “sit on top” kayaks.

Sit in kayaks are traditional kayaks that have the angler’s legs and backside on the bottom of the kayak with a deck over the angler’s legs. These kayaks tend to be lighter in weight, cheaper to buy, and not able to use many of the recent developments in fishing kayaks such as pedal drive and steering.

But sit in kayaks can be very useful for fly anglers. That closed solid deck is a very nice place to drop fly line to help prevent tangles when casting.

Sit on top kayaks are basically known as “fishing kayaks” and have become very accessorized and customized to fit specific angler’s needs. Sit on top kayaks have raised seating, can feature pedal or even electric motor drives, and have lots of room for equipment. Many sit-on top kayaks are even stable enough for anglers to stand and cast, and this can be a great advantage for fly anglers.

Fly fishing from a seated position, which is the most common position for anglers in kayaks, can present a challenge to fly casters who have grown up learning to cast well from a standing position.

Fly casting from a kayak requires the angler to slow the cast down, make sure the line straightens out high behind on back casts, and to make sure the follow-through on casts is smooth. To be honest, most fly anglers cannot cast as far from a kayak as they do when standing. However, the kayak provides mobility and quiet movement to approach fish that standing anglers can’t reach.

Fly anglers from a kayak will want to try to make most casts more or less along the direction the kayak is headed- that is, broadside casts can be awkward and create some casting problems.

Of course, if the kayak being used for fly fishing is one of those kayaks specifically designed and built for maximum stability, it is very possible for most anglers to stand and fly cast from the kayak. This can be extremely effective in a wide range of situations from small backwaters to slower flowing streams to even major waters such as bayous and even the open ocean. The biggest thing to make kayak fly fishing productive is practice. After a trip or two to the local fishing pond or stream, most fly anglers get very comfortable casting from a kayak. 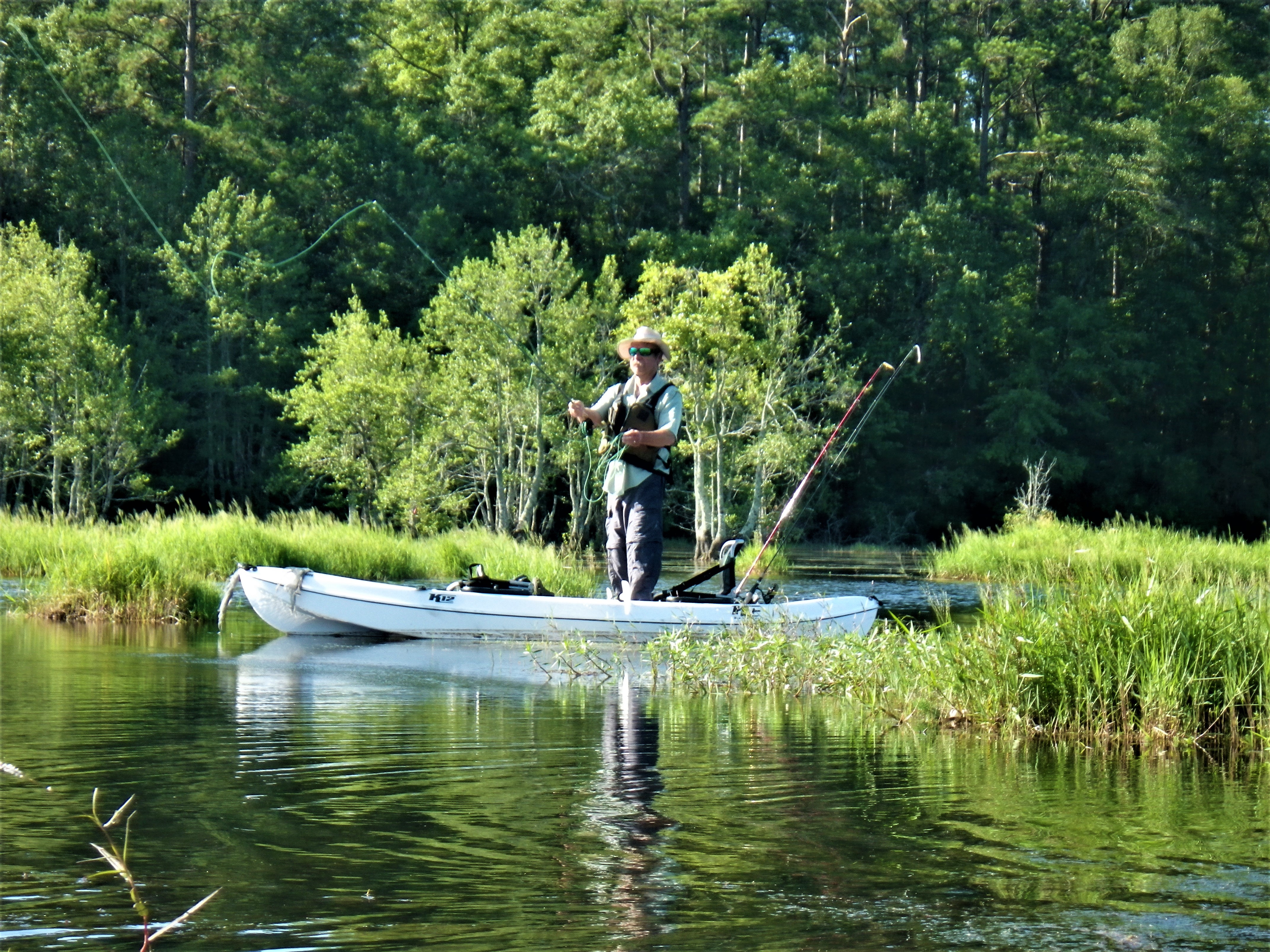 First make sure fly rod storage on the boat is secure. Fly rod tips which protrude far past the bow of the kayak can snag on shoreline vegetations and be broken. Make sure the fly rod is secure in the boat, so it won’t roll overboard and be lost.

Next, be careful when casting along the length of the boat to not impact the rod on the bow of the boat. This can break fly rod tips, also. Slow the cast down, keep it under control, and try to avoid hitting the boat with the rod.

Finally, don’t worry if casts from the kayak are not as long as are usually made from a standing shoreline position. The kayak is quiet and will allow much closer approach to fish, so the shorter cast won’t be such a big deal.

And when the fly angler starts to hook and catch fish from the kayak, any problems involved just seems to disappear in the fun of the fight. 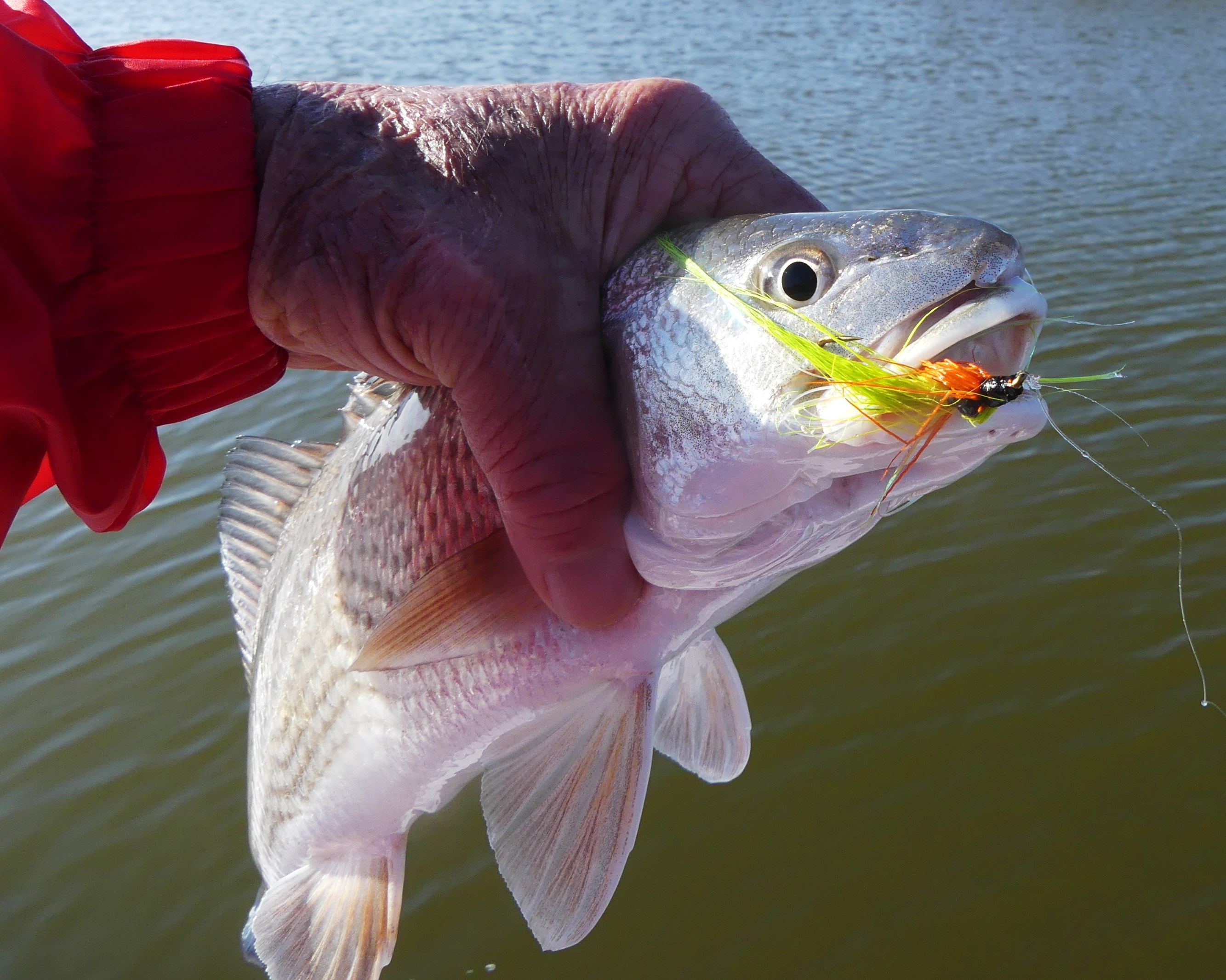 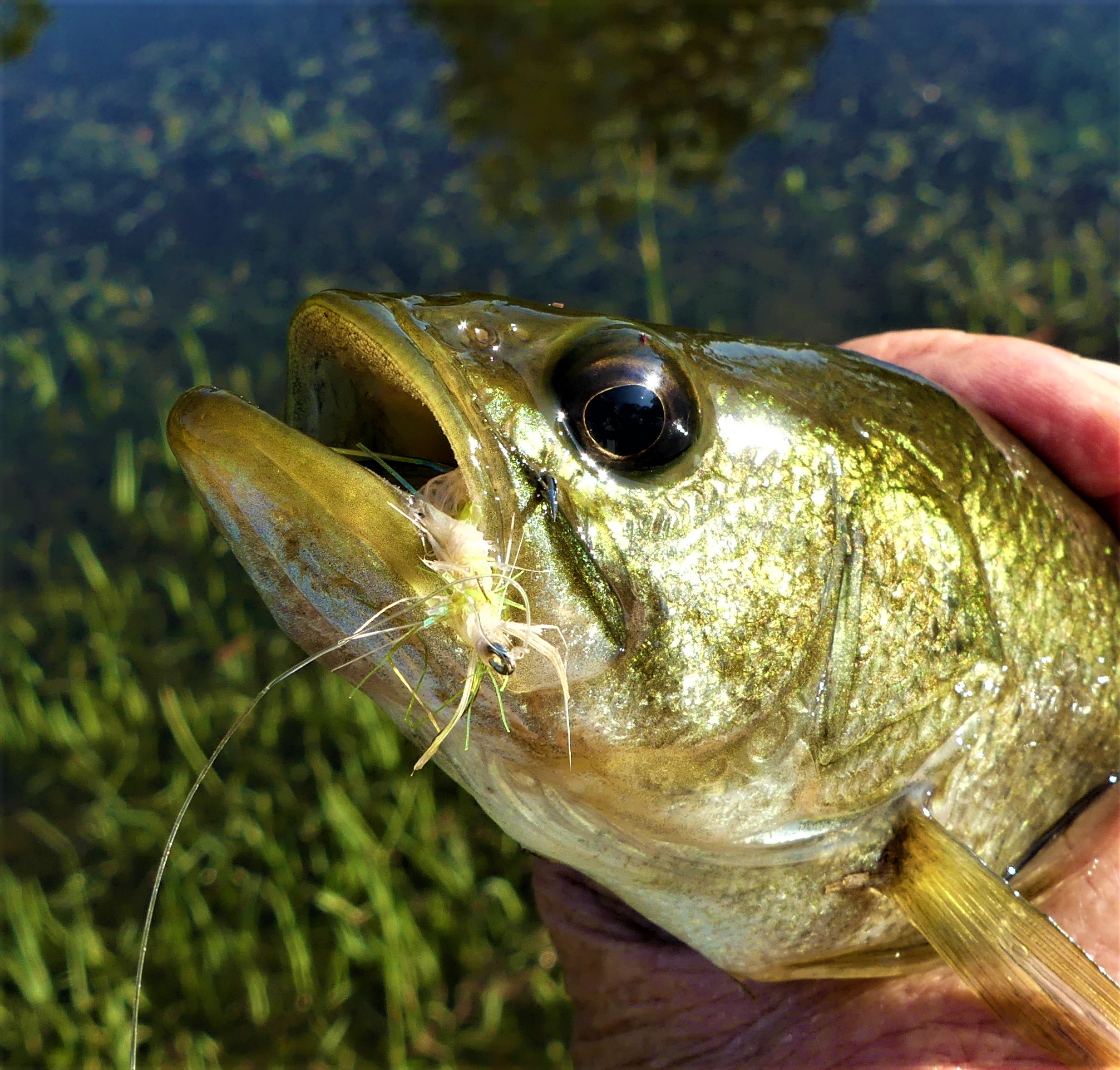